Pvt. Aguero’s name on Tablets of the Missing

Pvt. Aguero was killed in action on this date in 1942 on Corregidor defending the island from Japanese invaders. Buried as an unknown, his name is on the Tablets of the Missing.

Pvt. Raymond F. Gheen survived the Death March, and the Capas Boxcars. He was among the first of the 192nd to die of dysentery in Camp O’Donnell POW prison camp. He died on this date in 1942. He was buried in the Camp cemetery, but his remains were later recovered and he is buried in the Manila American Cemetery.

Known as “Doc” to his friends, Sgt. Sparrow escaped to Corregidor on April 9, 1942, where he was attached to the 4th Marine Division and guarded a beach that faced Bataan. When Corregidor was surrendered on May 6, 1942, Doc was taken prisoner. He would spend time in POW camps in the Philippines and eventually be sent via Hell Ship to Japan where he worked as a slave laborer. He died on this date in 1952 in Harrodsburg, Kentucky, less than 7 years after being liberated from Japan. 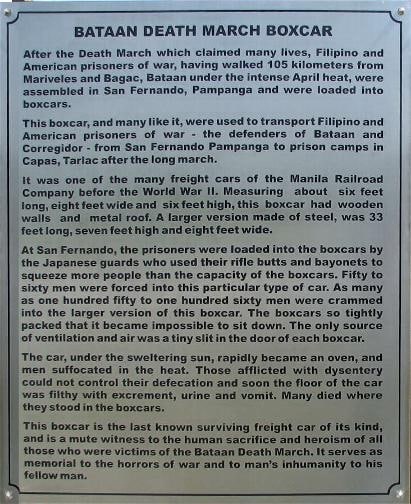