IN HONOR OF MAYWOOD BATAAN DAY AND NATIONAL POW/MIA RECOGNITION DAY
______
HON. DANNY K. DAVIS
of Illinois
in the house of representatives
Wednesday, September 16, 2020
Mr. DANNY K. DAVIS of Illinois. Madam Speaker, today I rise to tell my colleagues during this week that ends with National POW/MIA Recognition Day about my district’s 78-year old Maywood Bataan Memorial Day tradition. This service honors the men from the village of Maywood, Illinois who became prisoners of war after fighting from December 7, 1941 to April 9, 1942 against invading Imperial Japanese forces in the Philippines.
The men of Maywood were members of Company B of the federated Illinois National Guard 33rd Tank Company, 33rd Infantry Division based at the town’s Armory. On November 25, 1940, they became part of the 192nd Tank Battalion of the U.S. Army. In October 1941, 89 men from Company “B” left the United States for the Philippine Islands. They arrived in the Philippine Islands on November 20, 1941–Thanksgiving Day. On December 8, the war started and the Japanese attacked.
These Illinois tankers fought valiantly on the Bataan Peninsula with little food, medicine, fuel, or ammunition. Relief from the United States never came. Malaria, scurvy, and dysentery reached epidemic proportions. On April 9, 1942, Bataan was surrendered. The following day, some 85,000 American and Filipino soldiers, as Japanese captives, all became victims of the greatest atrocity of the Pacific War: the Bataan Death March. A seemingly endless line of sick and starving men began their 85 mile trip up from the tip of Bataan to Camp O’Donnell in central Luzon. More than 12,000 died en route.
Survivors of the March endured three and a half years of death camps, brutal labor, and untold abuse. Many were taken to Japan aboard hell ships to be slave laborers for Japanese companies. Of the more than 10,000 Americans taken prisoner on Bataan, between 6,000 and 7,000 died. Of the 89 men of Company “B” who left the U.S. in 1941, only 43 would return from the war.
This is the first year that the Memorial, which was scheduled for September 13, has had to be postponed. I ask my fellow representatives to join me in commending the hard work and dedication of Maywood Bataan Day Organization President Col. Richard A. McMahon, Jr. and his Board of Directors. And on this Friday, September 18, National POW/MIA Recognition Day may we all pause to remember the men and women of Bataan who gave so much in the fight against tyranny. 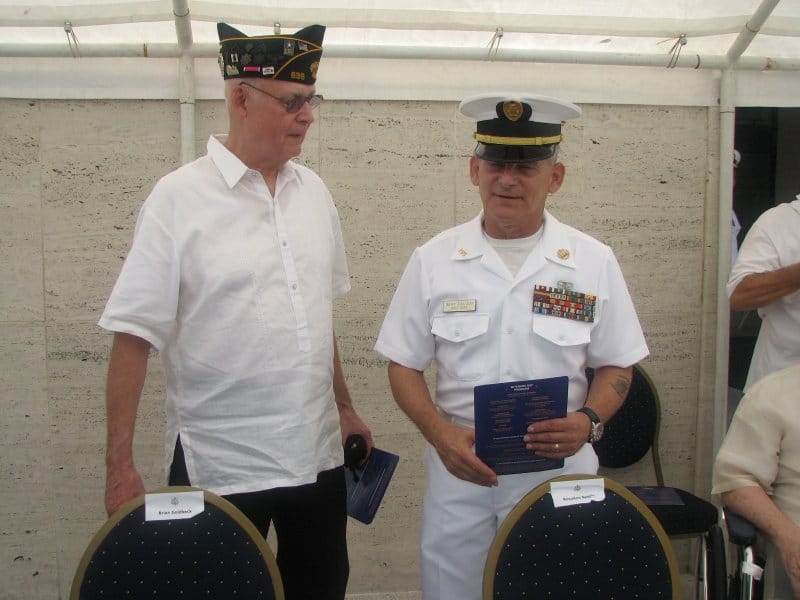