From Veteran’s Day, 2006… I’m adding this to the MBDO website to preserve it…

Sixty-five years ago this Veteran’s Day, 103 young men from Maywood and several surrounding suburbs were onboard a ship headed for the Philippines. While there were certainly tensions across the globe in the fall of 1941, these men, recently called up National Guard troops, had no idea of what lay just ahead.

Less than 3 weeks after Company B arrived in Manila, the Japanese would attack Pearl Harbor and then turn westward to attack the Philippines that same day. The reverie of duty on a Pacific island was shattered and the men of Company B of the 192nd Tank Battalion began a fight for their lives. The first tank battle of World War II was fought by men of Co. B.

Within a month of the attack on their post at Clark Air Base in the Philippines, these brave men would begin a fight to protect the retreat of tens of thousands of Allied troops caught severely outgunned and under-provisioned. Company B tanks would be the last to cross into the Bataan peninsula before the bridges were destroyed to slow the enemies’ advance.

Just over four and half months after their arrival on the island, they would be forced to surrender and become POWs. Forced to march more than 50 miles to a prison camp, their tribulations only began with what became known as the Death March.

Later, most of these men would suffer and dozens would die in prison camps overcrowded and disease-ridden. Still later, they were herded onto unmarked cargo ships by the hundreds and thousands and shipped to various Japanese-held areas to work as slave laborers. Many of these so-called “hell ships” would become sitting targets for Allied bombers unaware of the cargo within. More Americans died on the bombed hell ship Arisan Maru – 1,795 – than died on the USS Arizona or the Titanic.

It is no wonder then that those who survived – less than half of those who left in the fall of 1941 – rarely spoke of the hardships and horror they lived through. Their war was not one of beachheads won and flags raised. Their war was not a series of campaigns, island-hopping their way to final victory. No, they fought a more basic, but no less heroic a struggle to remain alive, to remain human, to return home.

On this Veteran’s Day, let us all take time to remember that we are alive and living in a free country today because in some way we all possess this birthright that men and women like the heroes of Company B earned for us – the birthright of freedom. 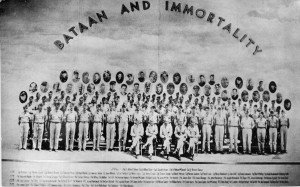 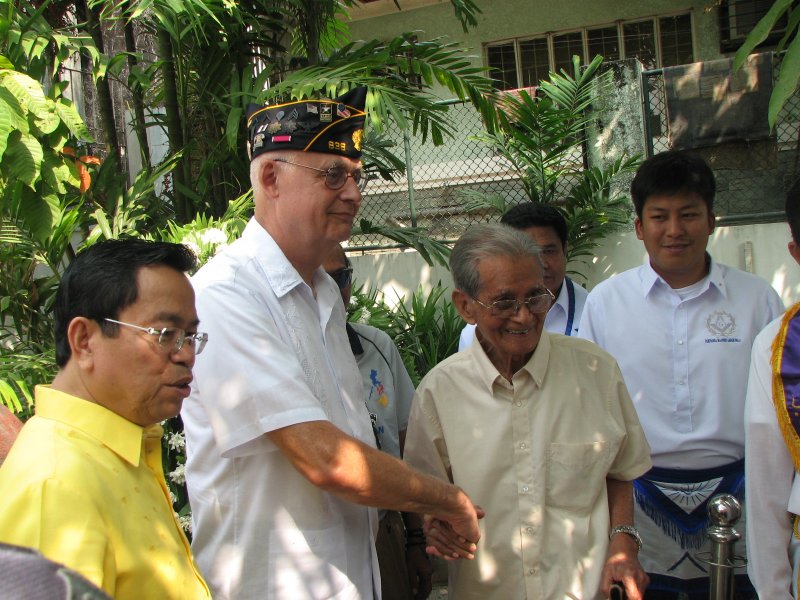