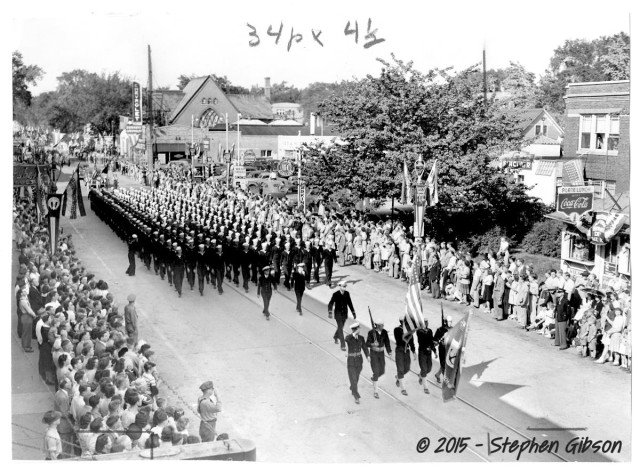 MBDO Director Steve Gibson recently purchased this photo from auction website eBay. It’s a photo not published in probably 35 years and shows a marching unit of sailors from the first Maywood Bataan Day parade on September 12, 1942. This parade is notable not only because it was the first (actually, the second — there was a “Kiddie’s Parade” earlier in the day), but also because the parade route is the opposite of what most Maywood Bataan Day fans are familiar with.

The location for this shot is looking north on 5th Ave. from approximately the intersection of Washington Blvd. and 5th Ave. Perhaps from the top of the Oddfellows’ Hall.

The photo has been slightly edited for clarity, but contains the original pencil markings indicating how the photo was cropped for publication. 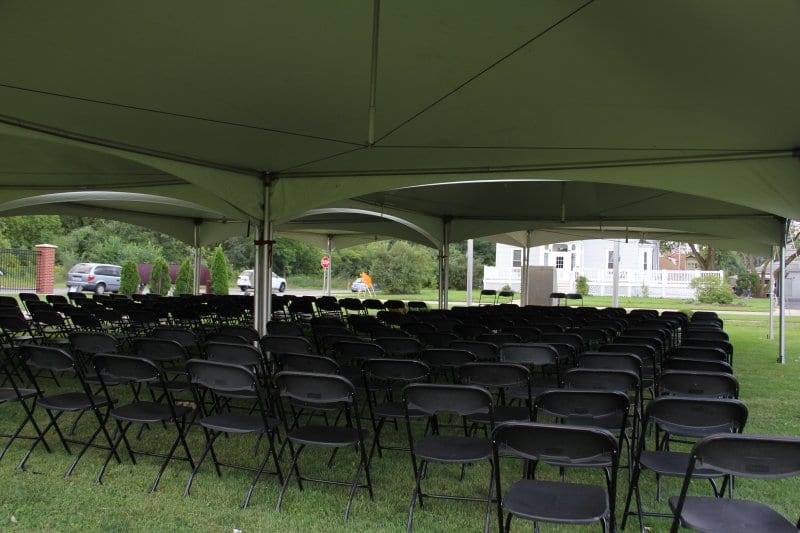