No Money For Wives At Home?

Letter to Editor Details Trials of a POW Wife

While going through many issues of the Maywood Herald I ran across this “Letter to the Editor” from early January, 1942. The letter writer describes the dire situation the wife of Lt. Slicer, who, at the time, was hospitalized in Manila. I’ll let the letter speak for itself:

Collin Kelly, Jr., today is recognized as a real American hero. President Roosevelt has written a letter to the President in 1960 asking for an appointment to West Point of Collin Kelly III.

Christmas day I visited Maywood and vicinity and learned of a great American, a Maywood girl in her early twenties… a heroine if there ever was one. She has two babies of nine months and two years respectively. Her husband, a lieutenant in the tank corps in the Philippines, today lies seriously wounded. His company is the same one that left Maywood less than a year ago… young boys, going out for a lark.

The lieutenant was last paid in October 1941, receiving no pay in November and December as he was on the Pacific bound for the Philippines and would receive no pay until January 1, 1942. There is no mail between here and “the islands” for over two months. But what of his family here at home.

This woman, a mere girl, with her two babies, and the blood of George Washington flowing in her veins, is too proud to seek county relief, to proud to bother her brothers who have families of their own, her mother dead and her father remarried, she cannot seek aid there, a finance company is hounding her for payments for a car that the lieutenant bought, bills and expenses are mounting higher, buffeting her from pillar to post until she is frantic, weary and worried to distraction, not exactly destitute, but in very bad circumstances.

Can Maywood do anything for this heroic American girl and her babies? That isn’t the question. WILL Maywood do anything for the wife, and perhaps the widow, and children of Lieutenant William Slicer of the 192nd Tank Battalion, or will it sink back into the soft, snug comforts of its easy chairs and say “”So what” and let this great American girl fight a tough uphill battle? Will Maywood break faith with those who are giving their all to make Maywood a safe place to live

This letter is an example of what motivated the creation of the American Bataan Clan, the group that Maywood Bataan Day Organization traces directly from. The people of Maywood DID rise to the challenge, creating a group that work tirelessly to support each other at home, to pack endless cartons of aid for the POWs in the Philippines, and continually fought to insure that military and political leaders never forgot the men of Maywood.

…say “”So what” and let this great American girl fight a tough uphill battle?

Lt. Slicer survived his wounds. While recuperating in Australia, Gen. Douglas MacArthur asked Slicer to return with him to Luzon. Despite his longing to see his wife and children, he knew he possessed knowledge that almost n one did as it related to Japanese tank fighting tactics. He chose to return to the Philippines.  He led a force of 1,000 men in that 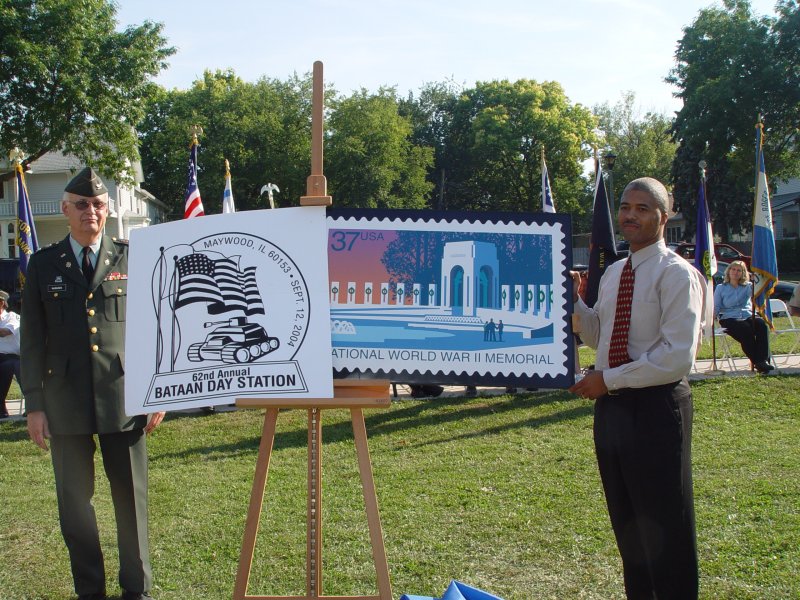