This year’s service will be held on the second Sunday in September, as it has every year since 1942. That makes this one of the longest continuous war memorials in Chicagoland.

The service will be at Veterans Memorial Park, Maywood, Illinois.

A concert of military music will begin at 2:30pm, courtesy of the Navy Ceremonial Band, Great Lakes. The service begins promptly at 3pm. Keynote speaker this year is Stephen Gibson, MBDO Director, whose father Emmett Gibson, was the first Battle of Bataan survivor to return to Maywood, and who later became a Maywood Police officer before passing away at the age of 41 in 1958.

Additional information can be found in the links below: 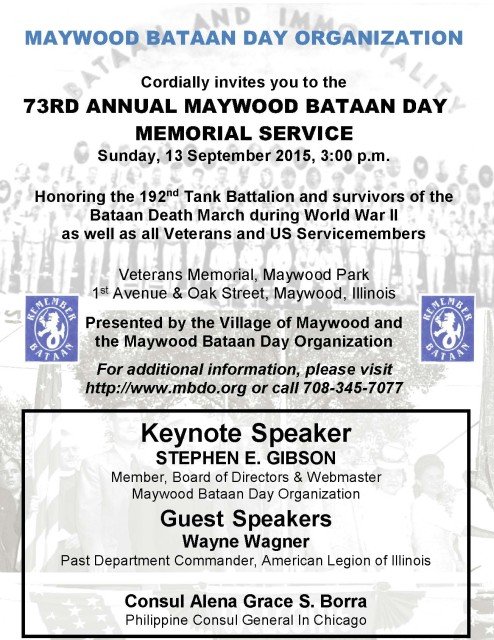 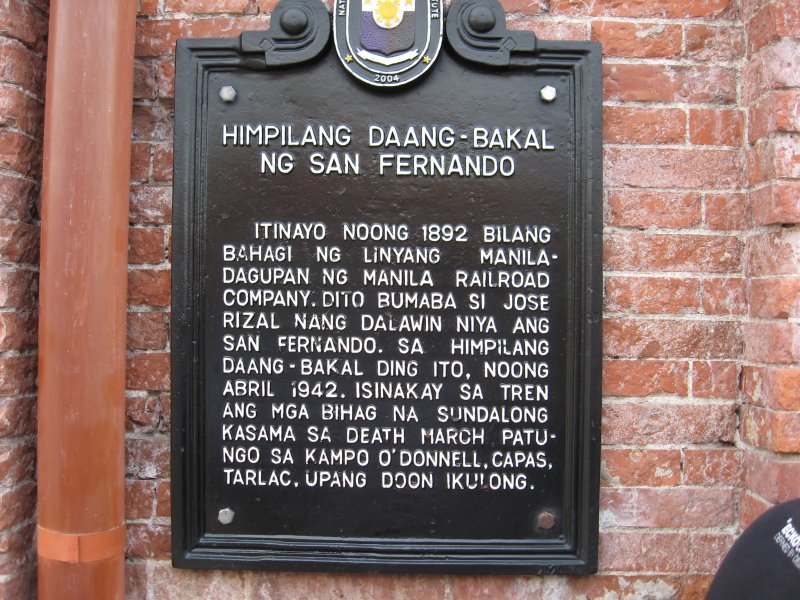