Ed. Note: Original video below was replaced with a higher quality, higher resolution video. My apologies for the original bad video.

A decade home. Certainly the time flew by. Ten years after the end of World War II, the citizens of Maywood, Illinois gathered on a bright, sunny September Sunday to do again what they had been doing since the second Sunday in September 1942 — show their love and undying honor for the men of Co. B of the 192nd Tank Battalion. At the first Maywood Bataan Day, they were collecting clothes and blankets for care packages for the prisoners, care packages that would never arrive. In 1955, it was a celebration of a different kind. The survivors of the Death March, Dysentery-filled POW camps, hell ships and slave labor were basking in the sunny day of a blossoming economy. These men had jobs, families and homes. The parade in the attached video reflects these glory days. The broad smiles, the parade floats from not just Lions Clubs, but also Dean’s Milk, Canadian Ale, the endless marching bands and drum and bugle corps marks an almost surreal turn-around in their lives. This 10 minutes of great quality 16mm film really captures a golden moment – not only in the lives of the men of Co. B, but also in the history of Maywood. 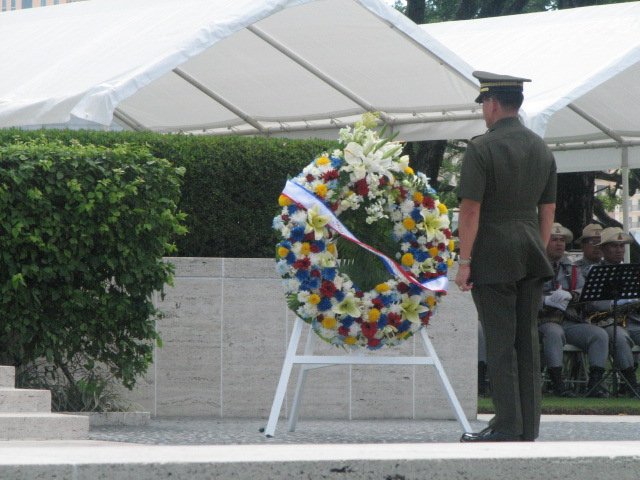