Father Ben Gets His Bronze Star

The Maywood Bataan Day Organization (MBDO), on behalf of Ben Morin’s brother, Paul, made a request to the US Army, Awards & Decorations Branch, for posthumous award of the Bronze Star Medal. 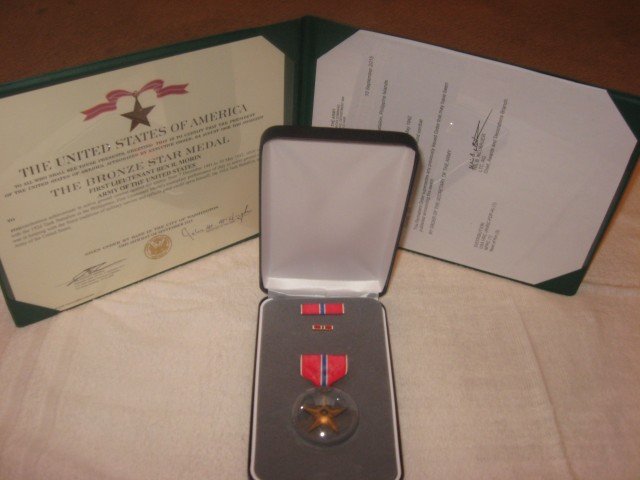 The request was approved and the medal has been received by his family. His niece, Denita Morin, said, “Thank you so much for your dedication and diligence in handling this request. I can’t put into words what this means to the Morin family. My Uncle Ben was a humble man and while he would be thankful for the recognition, he would not have sought it out.”

Father Ben Morin (first US Tanker captured in battle in WWII) died earlier this year and it was discovered that some of the medals to which he was entitled had not been presented to him before his death.

Per Army Regulation, award of the Bronze Star Medal may be made to eligible Soldiers who participated in the Philippine Islands Campaign between 7 December 1941 to 10 May 1942. Performance of duty must have been on the island of Luzon or the Harbor Defenses in Corregidor and Bataan. Only Soldiers who were awarded the Distinguished Unit Citation (Presidential Unit Citation) may be awarded this decoration. 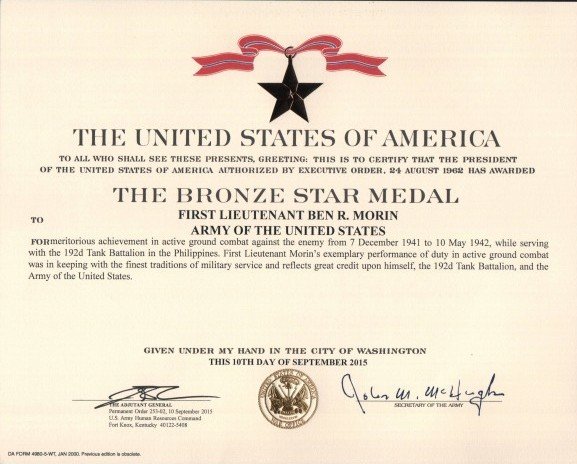 Direct descendants can request medals that have not been awarded. Please see our website for more details on how to do this, or contact Col. McMahon for more information.