Maywood Veterans – A Century of Service and Sacrifice

MAYWOOD, IL – As it has for three quarters of a century, Maywood will mark Maywood Bataan Day on September 10th, 2017, at Maywood Veterans Memorial Park in Maywood, Il.

It was 75 years ago this fall that the citizens of Maywood were feeling helpless in the face of terrible events on the other side of the earth, that had endangered the lives of nearly 100 of their finest young men – in something we know today as the Death March of Bataan. But they were not passive; they decided to do something about it. They quickly arranged an astounding show of support. On September 11, 1942, an estimated 30,000 people lined 5th Avenue in this suburb to watch hundreds of children march in support of the war effort. Later, a larger parade would step off – this second parade lasted 3 hours and involved literally thousands of participants. Bands, floats, celebrities and politicians all marched to show their support for Maywood – and for all the small towns, that had placed their loved ones in harm’s way to fight for freedom.

From that day to this, Maywood has continued to mark the second Sunday in September with a Memorial Service. Due to changing economics and the loss of many of the veterans of that great war, the parades were discontinued years ago. But the Memorial Service continues. And this year, to mark the 75th Anniversary of that first Maywood Bataan Day, the Village of Maywood and the Maywood Bataan Day Organization have put together a special program, that will not only remember the men of Bataan, but will also include special events, that mark the century since the United States declared war on Germany and entered World War I. Just as they would in World War II, the men of Maywood answered the call and signed up to fight across the ocean. They would join other units of the Illinois National Guard to become part of the vaunted 33rd Division.

A concert of military and other appropriate music will precede the service at 2:30 pm. The music will be provided by the 144th Ceremonial Band of the Illinois National Guard, under the direction of Sgt First Class Robert Reed.

Keynote Speaker will be Major General Richard J. Hayes, Jr., Adjutant General of the State of Illinois. Major General Hayes is a repeat guest and his presence underscores the valued memories, that the men of Co. B, 192nd Tank Battalion continue to hold for members of the Illinois National Guard.

The ceremonies will also include a guest speaker from the Philippine Consulate General in Chicago, and Maywood Mayor Edwenna Perkins. Daniel J. Perkins, Event Coordinator and Consultant, will make a special presentation on the history of Maywood in World War I. Other highlights of the Memorial Service include a dedication of a Veterans Memorial Wall, a new Memorial Plaque for a WWI-era British Cannon, that has been located in the Village of Maywood for nearly a century as a memorial to the men who fought in WWI, and a Wreath Laying Ceremony, featuring members of all branches of our Armed Forces, as well as related community organizations.

Additional special guests scheduled to attend include members of the Village of Maywood Village Board of Trustees and other invited local community leaders.

Col. Richard A. McMahon, Jr., President of the Maywood Bataan Day Organization, extends an invitation to the entire community, saying, “Maywood Bataan Day today is one of the largest and longest continuous World War II memorials still being marked annually. Attendance continues to grow and we are honored to be able to meet our commitment to the men and women who serve our country when we promised in 1942, that we would ‘Remember Bataan’.”

If you would like to schedule video interviews or additional photos of the service participants, or would like additional information on this ceremony or the Maywood Bataan Day Organization, please contact Edwin Walker at 708-345-7077. 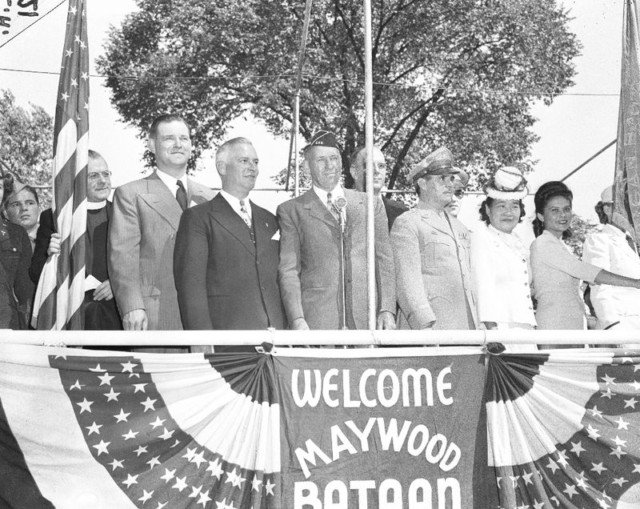 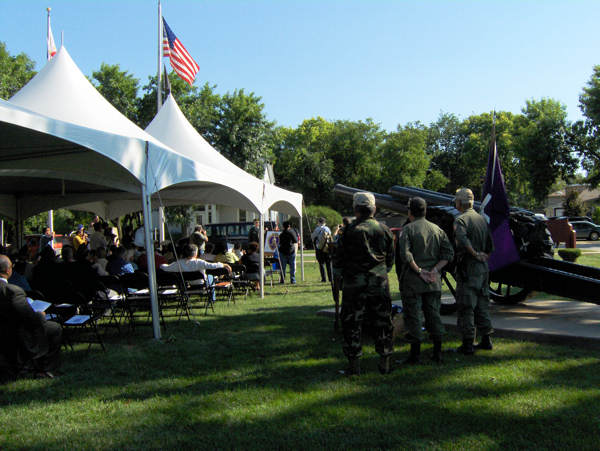 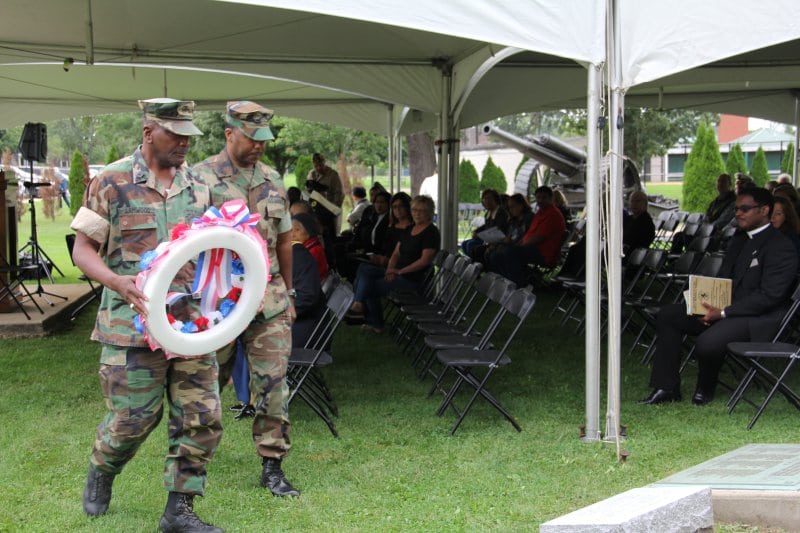