MAYWOOD, IL – One of the longest running World War II memorial events in the country will again be marked, as it has for more than three quarters of a century, in west suburban Maywood, Illinois on Sunday, September 8th, 2019, at Maywood Veterans Memorial Park in Maywood, Il.

Today, no survivors are alive from the more than 100 young Maywood men of the 33rd Tank Company which was Federalized and sent to fight in the Philippines even before World War II began. Yet their memory lives on in this moving community tribute to their sacrifice in the face of harrowing battles, surrender, and harrowing imprisonment after the Fall of Bataan on April 9, 1942. The citizens of Maywood were feeling helpless in the face of terrible events on the other side of the earth. But they were not passive; they decided to do something about it. They quickly arranged an astounding show of support. On September 11, 1942, an estimated 30,000 people lined 5th Avenue in this suburb to watch hundreds of children march in support of the war effort. Later, a larger parade would step off – this second parade lasted 3 hours and involved literally thousands of participants. Bands, floats, celebrities, and politicians all marched to show their support for Maywood – and for all the small towns, that had placed their loved ones in harm’s way to fight for freedom.

From that day to this, Maywood has continued to mark the second Sunday in September with a Memorial Service. Due to changing economics and the loss of many of the veterans of that great war, the parades were discontinued years ago. But the Memorial Service continues, one of a dwindling number of WWII memorials still being observed and certainly the last one to be continuously marked each year.

A concert of military and other appropriate music will precede the service at 2:30 pm. The music will be provided by the 566th Air National Guard Band of the Midwest under the direction of Lt. Colonel Bryan M. Miller.

Col. Richard A. McMahon, Jr., President of the Maywood Bataan Day Organization, extends an invitation to the entire community, saying, “Maywood Bataan Day today is one of the largest and longest continuous World War II memorials still being marked annually. Attendance continues to grow, and we are honored to be able to meet our commitment to the men and women who serve our country when we promised in 1942, that we would ‘Remember Bataan’.”

If you would like to schedule video interviews, additional photos of the service participants, or would like additional information on this ceremony or the Maywood Bataan Day Organization, please contact Edwin Walker at 708-345-7077. 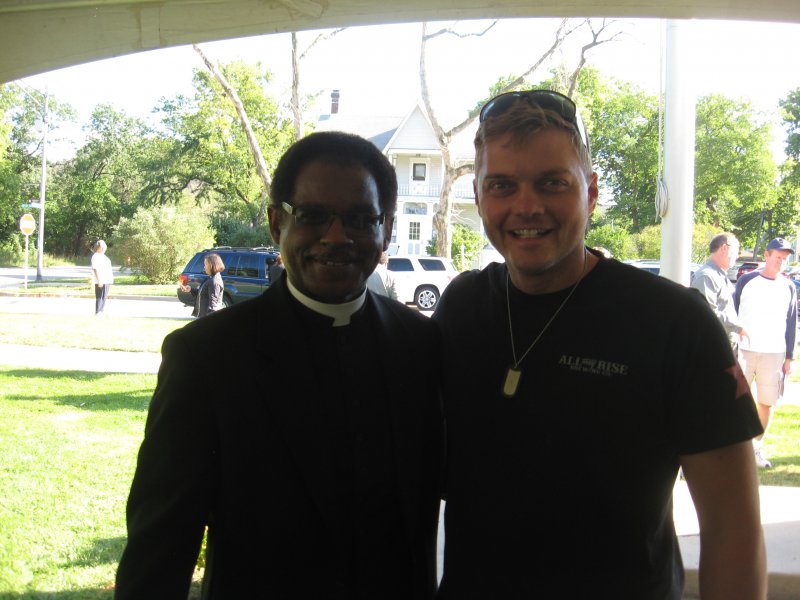