A Doughboy in Maywood

This year, the Maywood Bataan Day Organization marks the 75th Anniversary of the original Maywood Bataan Day on September 10th, beginning at 2pm at Maywood’s Veteran Memorial Maywood Park at 1st Avenue and Oak Street in Maywood. As the largest and longest running World War II commemorative event in the Chicago area, we are proud to continue the tradition of honoring our men and women in uniform, as well as our allies in the battle for freedom. 2017 also marks the 100th anniversary of America’s entry into The Great War, known today as World War I. Maywood citizens also responded to the call for heroes during WWI, and the men of the 33rd Division would one day form the core of the Illinois National Guard unit in Maywood that would become known as Co. B of the 192nd Tank Battalion — Heroes of Bataan! The following article appears in the commemorative program for the 75th Anniversary. It was written by longtime MBDO webmaster, editor and Board member, Stephen Gibson, son of Maywood Bataan survivor, Capt. Emmett F. Gibson. 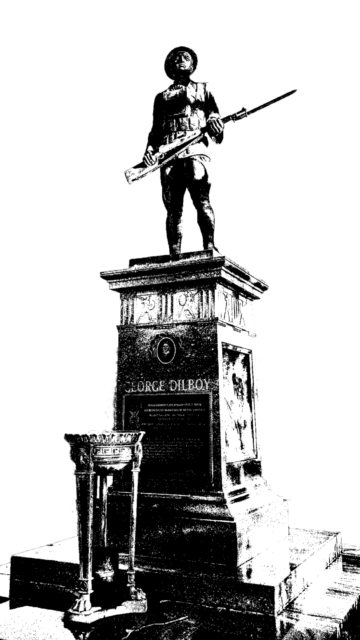 On May 24, 1942, on the grounds of Hines Hospital, near 1st Ave. and Roosevelt Rd., a group of national, state and local politicians and community leaders form the Greek community in Chicago and across America gathered to dedicate a statue. The statue installation had begun almost two years earlier, in the summer of 1940. An organization called the George Dilboy Memorial Foundation had received permission to erect a statue in honor of George Dilboy on the VA Hospital grounds.

The story of PFC George Dilboy is phenomenal on several levels. Born in Greece in 1896, he emigrated to America in 1910 with his father. Later, he’d return to Greece to fight in the Balkan Wars. However, he returned to America where, in 1917, he volunteered to fight for America in World War I. While deployed in France as part of the 103rd Infantry Regiment, he acted heroically to save lives. Here is the citation that accompanied the Congressional Medal of Honor he was awarded for that action:

After his platoon had gained its objective along a railroad embankment, Pfc. Dilboy, accompanying his platoon leader to reconnoiter the ground beyond, was suddenly fired upon by an enemy machine gun from 100 yards. From a standing position on the railroad track, fully exposed to view, he opened fire at once, but failing to silence the gun, rushed forward with his bayonet fixed, through a wheat field toward the gun emplacement, falling within 25 yards of the gun with his right leg nearly severed above the knee and with several bullet holes in his body. With undaunted courage he continued to fire into the emplacement from a prone position, killing 2 of the enemy and dispersing the rest of the crew.

PFC Dilboy died from the wounds he suffered in this action. He was first buried in a battlefield cemetery in France. Later, his remains were removed and given a hero’s welcome and tribute in Greece. However, during a later skirmish with Turkish soldiers during the Greco-Turkish wars in 1919-1922, his tomb was desecrated. When US President Warren Harding heard of the desecration, he sent a US warship to recover the remains. Today PFC Dilboy’s remains rest in Arlington National Cemetery.

So, why was a statue erected of Dilboy at Hines Hospital in Maywood, Illinois? The Greek-born American doughboy never lived in, or even visited Chicago. Simply because the Hellenic-American community in Chicago saw this as an opportunity to remind every soldier that their sacrifice is valuable, regardless of their ethnic origin, their race, their religion. Our nation honors all those who give all in the support of freedom. 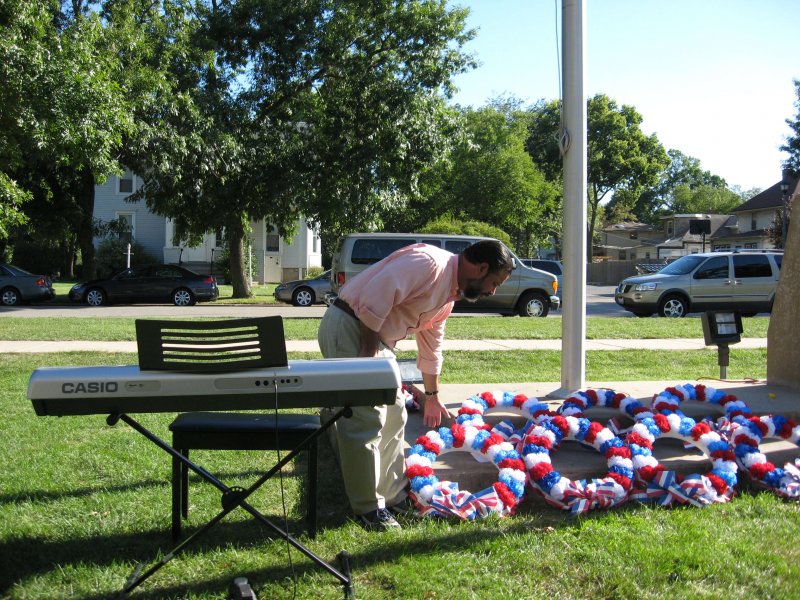